A Joyful Day With A Touch Of Grief - His Mum

I suppose it is an obvious downside.  If you don’t meet your special chosen one until you are in your 40s then chances are that some of your special loved ones will either have died before your big day or will be slipping away while you endure a living grief.  James and I both had our own types of grief to deal with in the run up to our wedding day.
I am so thankful that I had the chance to meet his mother.  I thought she was fantastic and we liked each other.  The first time James brought me home to meet his family his mother greeted me at the front door with a big smile and said “I’ve been dying to meet you.  I’ve heard so much about you”.  I was ushered into their welcoming home, champagne was opened and his Mum and sister presented me with platters of new wedding canapés to taste that they were trying out while his Dad, having heard I drink red wine, went to the cellar to fetch a bottle he thought I’d like.  I loved it! 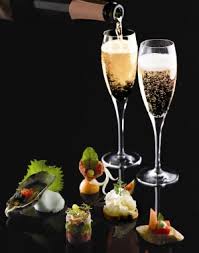 ﻿
Her business was catering for weddings and she was an amazing hostess and cook.  I loved her Sunday lunch family gatherings and occasionally when we’d drop by she’d give us some surplus fishcakes she’d made or an old dinner service that she no longer required but knew we could use or a thoughtful present.  She told me how pleased she was that James and I had met and she could see that we made each other happy.  We later found out that her Sunday evening phone calls to her family and friends were full of news about us and she shared with them how thrilled she was that we had found one another.
We had been together less than a year when his Mum became ill and before we could say ‘pancreatic cancer’ she died.  It was two days before Christmas.
Her absence was felt in all our celebrations.  When James proposed to me (in Salzburg) he felt a wave of sadness that we couldn't call her and tell her.  She would have been delighted, especially as Prince William and Kate Middleton got engaged the same weekend.  She loved a Royal Wedding!  When we moved into our first house together, his Mum would have been so thrilled.  When we struggled with the details of planning a wedding on a small budget, his Mum would have been able to advise us.  She had catered weddings for 40 years.  She'd seen it all.  Nobody knew weddings like she did.  When I became overwhelmed with my parents needs in the run up to the wedding James would often say, “if Mum was alive, she’d have driven down to meet them and would have helped”.
In the weeks running up to the wedding, a cloud of sadness descended upon him.  He put off writing his wedding speech as he wanted to mention his late mother but putting pen to paper was proving difficult and emotional.  Eventually he wrote his speech but his concern then became that he wouldn't be able to get the words out.  I told him that this wouldn’t matter.  Weddings are emotional days and tears are expected but this wasn’t what he wanted to hear.  He needed to get through his speech and say exactly what he wanted, to honour his late mother and include her in our day without becoming a wreck or losing his voice.  I got it.
Maybe it’s unconventional, a groom rehearsing his wedding speech on his bride, but he tried it out on me several times until he felt confident that he could stand up in front of our wedding guests, mention his mother, and toast her.  I cried the first time I heard his speech.  I cried the second time I heard it too.  Even when he went upstairs and I stayed downstairs to get him to practice projecting his voice, I still cried.  His words gained impact each time I heard them and it was a wonderful speech.
We still missed his Mum terribly on our wedding day.  She would have loved it.  We all toasted her and acknowledged that even though it was an amazing and happy day, there was still room to be sad that she wasn’t there to celebrate it with us. 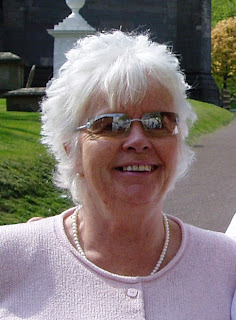 Pippy
Bromley, Kent, United Kingdom
I'm a 47 year old woman with a rebellious streak who loves cats, black and white films on rainy days, fresh ground coffee, going to the theatre, laughing till it hurts, log fires, a good cry occasionally and cakes with butter cream icing! I'm a great organiser so planning my wedding was going to be a piece of cake (with butter cream icing), right? WRONG! With a small budget, unconventional taste, a plus size figure, TWO mothers (adoptive and birth), a sick father, a grieving groom and a high pressured job to contend with I found the experience stressful, painful and seemingly impossible but read how I overcame every challenge and celebrated the most wonderful wedding day of my dreams!!